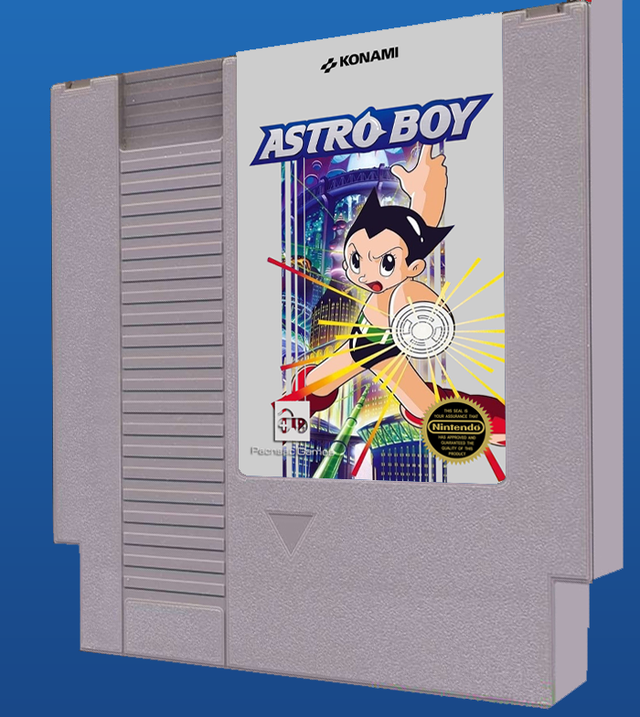 This is the English Translation of Astro Boy for the NES. The game consists of a total of ten stages, which the player must traverse in a side scrolling, platforming fashion, while figuring out riddles along the way. The game's objective is to recover the money that was stolen from Professor Elephun's lab. Instead of the usual extra lives, Astro's remaining life energy is determined by the amount of uranium (abbreviated "uran" in the game) he has left in his disposal. Astro begins each stage with 300 uran points, that will gradually decrease with each second. Every time Astro gets hit by certain enemies, falls from a pitfall, or runs out of time, the professor will use his remaining uran points to rebuild Astro. The player can also summon the professor during gameplay to replenish their uran points. The game ends if both, Astro and the professor, use up all of their uran points. Astro's actions consists of a standard jump and punch attack, as well as the ability to fly through the air for a limited period. To fly, the player must hold down the directional pad left or right while jumping three times in a row. The player can also collect coins by finding them in hidden places or hitting certain enemies, allowing the player to buy some extra items, including more uranium in case the player gets a Game Over, allowing them to continue. There are some hidden souvenirs throughout the game as well, which reward extra points if brought to the end of the stage they are found in.